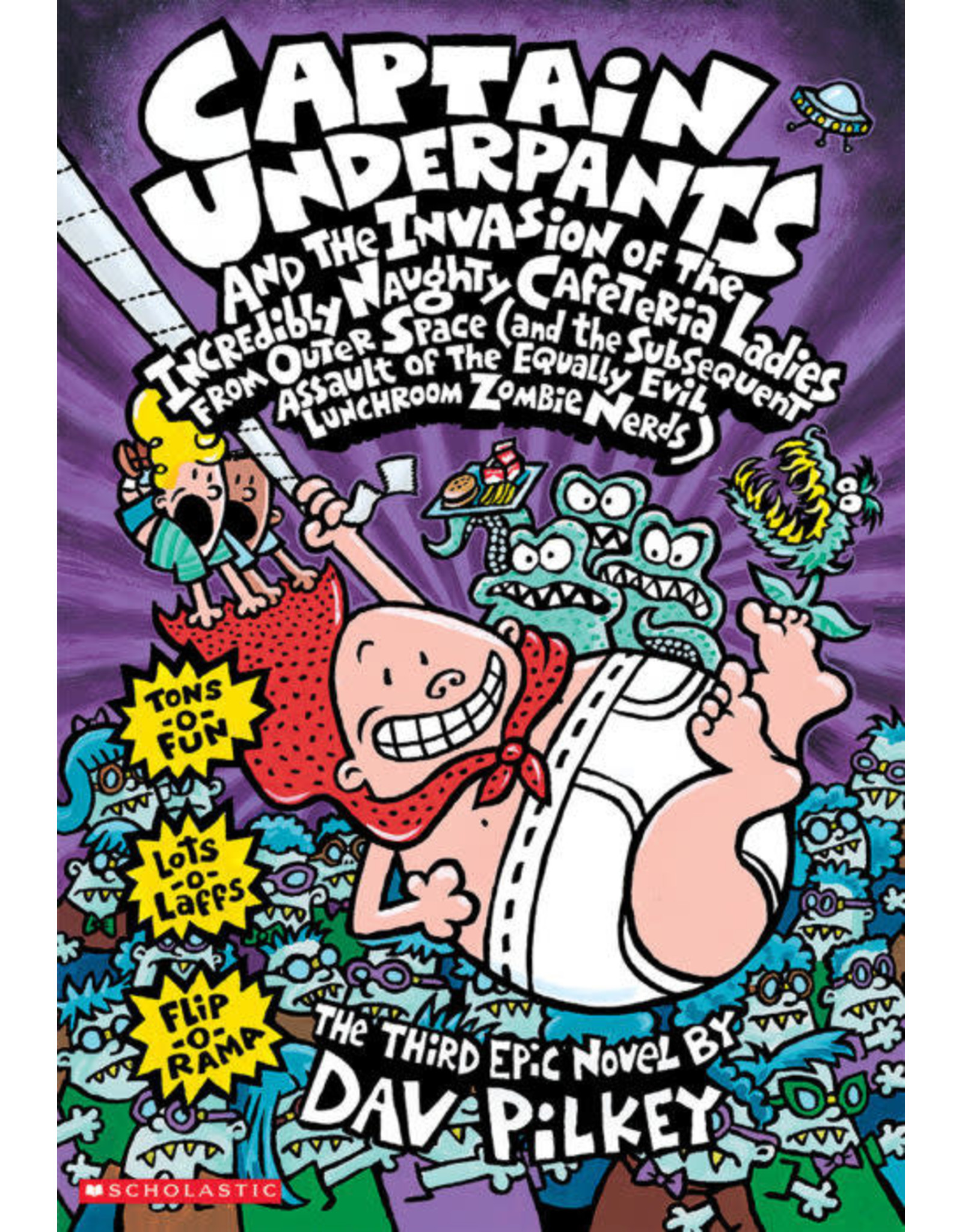 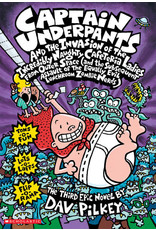 Hooray for Captain Underpants! Everybody's favorite waistband warrior is back, ready to fight for Truth, Justice, and all that is Pre-Shrunk and Cottony. If you've read Dav Pilkey's first two comic epics, The Adventures of Captain Underpants and Captain Underpants and the Attack of the Talking Toilets, you already know the brave Captain is really just crabby old Principal Krupp, hypnotized into becoming the world's greatest superhero every time someone snaps their fingers. And of course you know the trouble-making hypnotists are none other than Jerome Horwitz Elementary School's two most notorious tricksters, George and Harold ("We rule!" "Me, too!").

Well, George and Harold--surprise, surprise--are at it again. The cranky lunch ladies quit after George and Harold fool them into baking super-volcanic krispy kupcakes that flood the school with gigantic green globs o' goo. Mr. Krupp finds replacements and fast, but he unwittingly hires the tentacled alien trio of Zorx, Klax, and Jennifer in disguise! Will they turn everyone in school into evil zombie nerds? Can George and Harold save the world before it's too late? All seems lost until the diabolical Zorx snaps his... um, tentacles in front of Mr. Krupp, and the power of wedgies comes to the rescue once again.