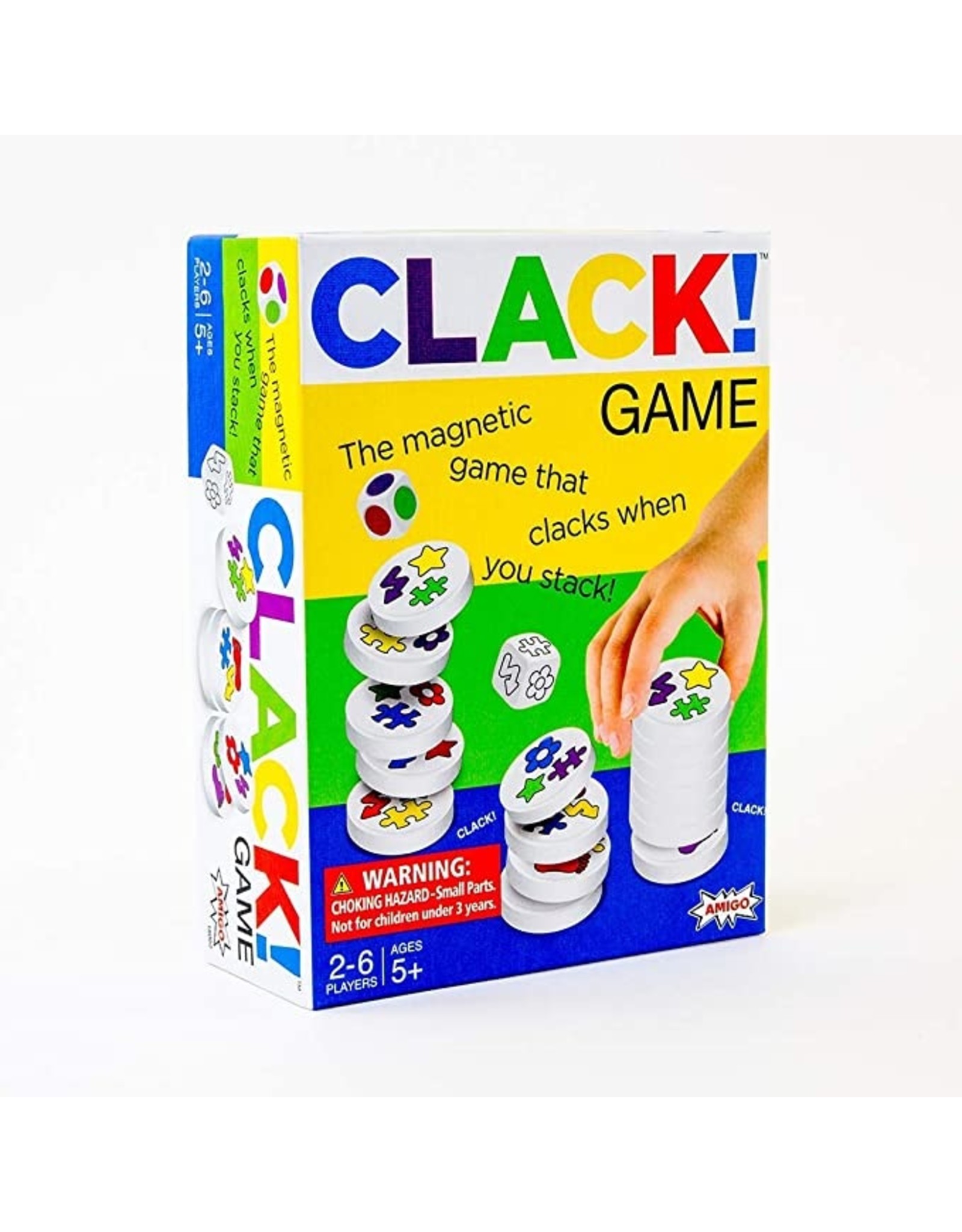 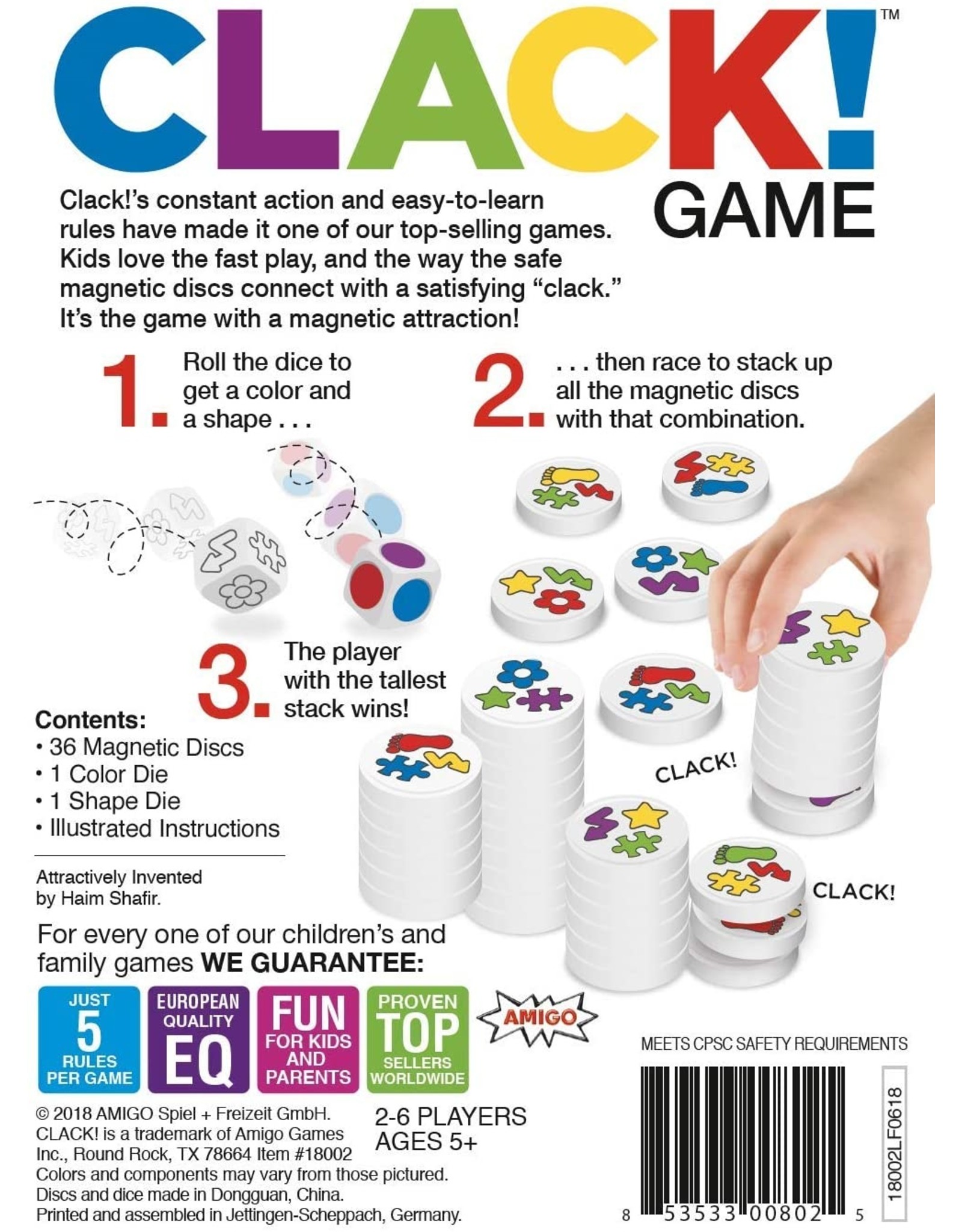 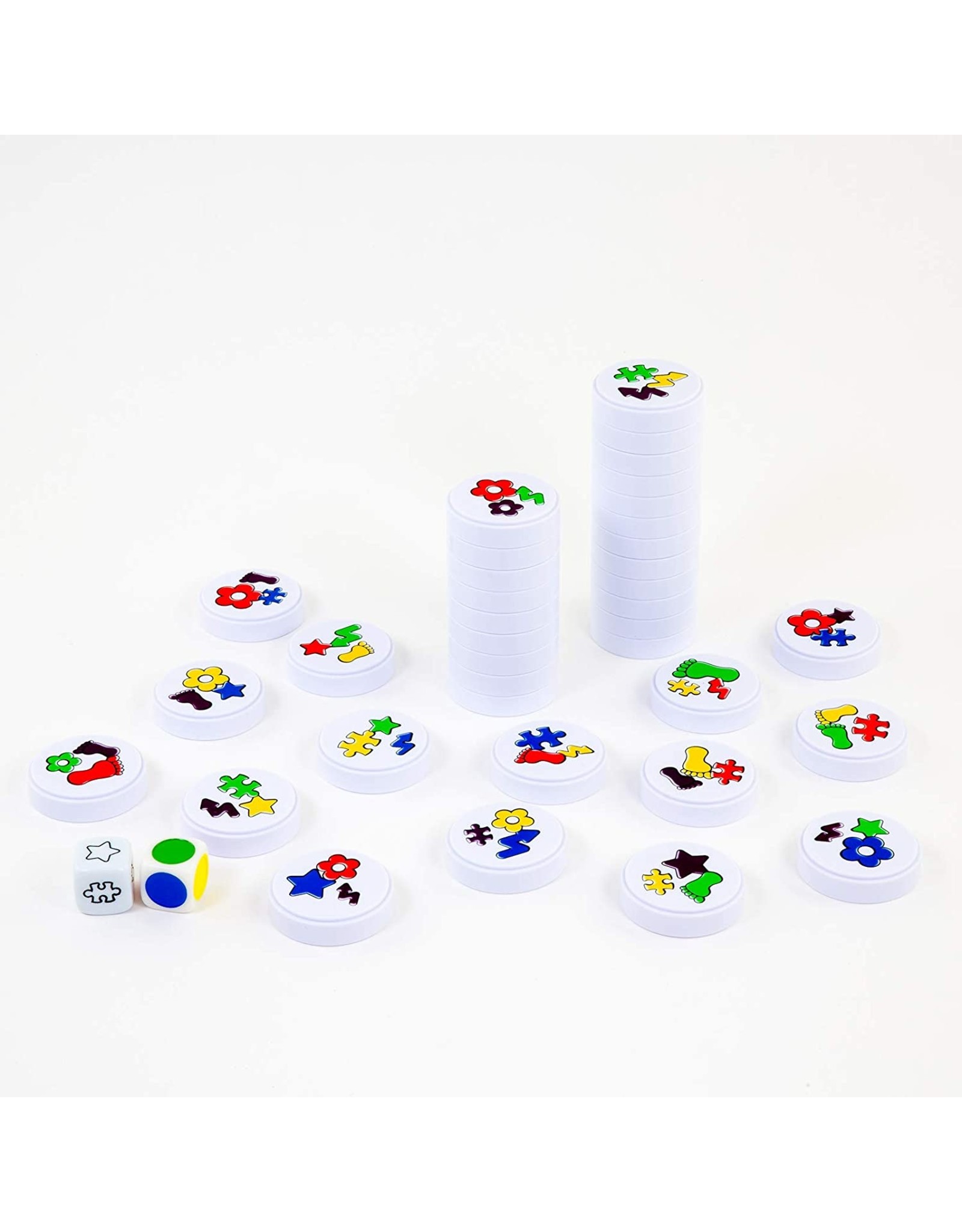 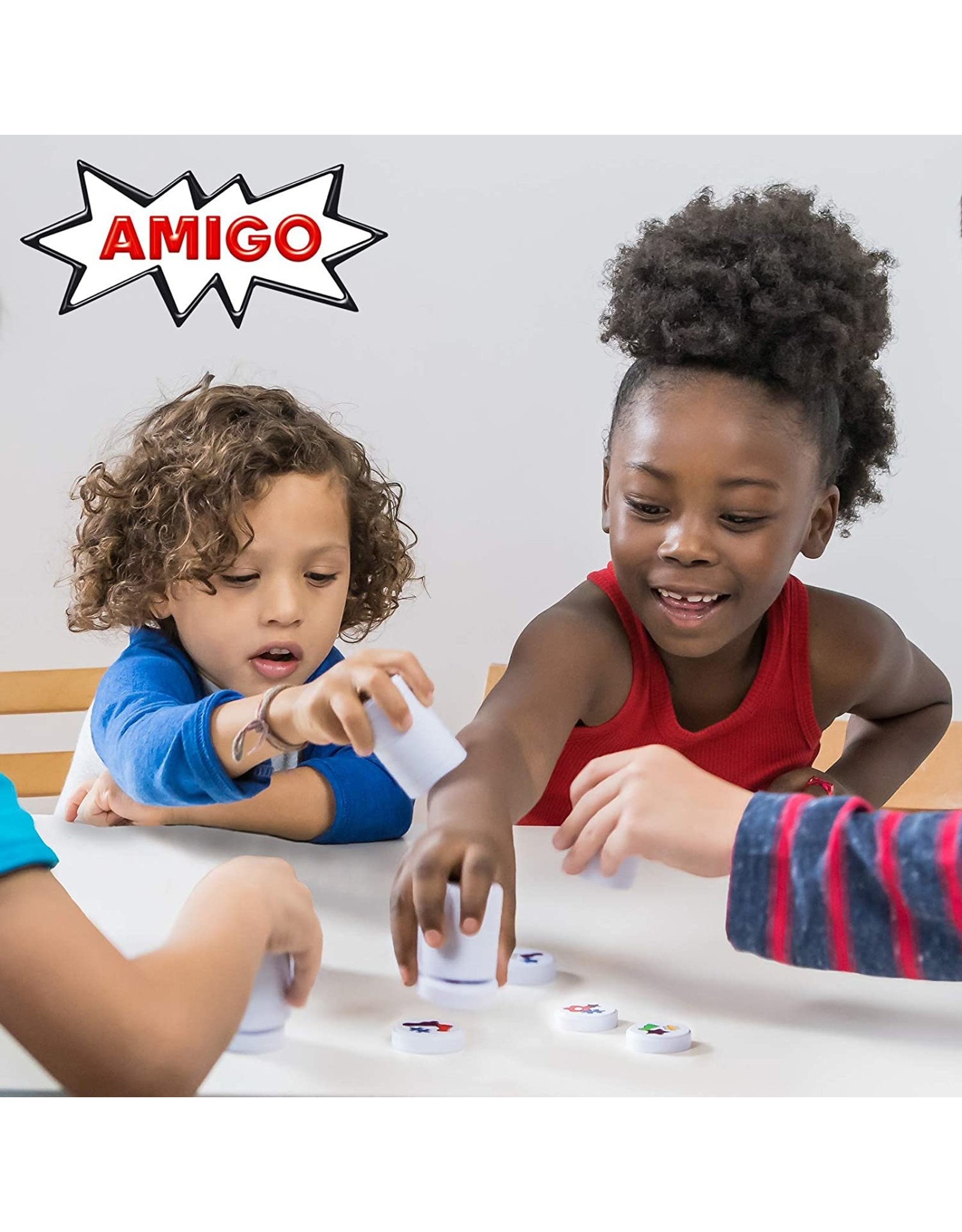 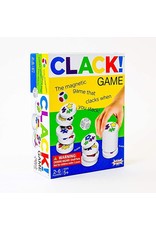 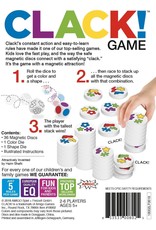 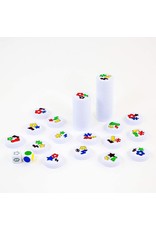 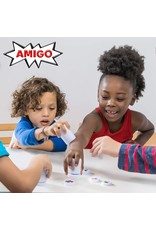 CLACK! is both the name of the game and the sound that the magnetic discs in the game will make when you slap one against another – and slap them together you will as you're trying to claim the right discs as quickly as possible.

To set up the game, lay out all 36 discs face up so that everyone can see the colored symbols on them. One player rolls the two dice – one showing colors, the other symbols – then everyone simultaneously tries to grab any discs showing the colored symbol determined by the die roll. If a die shows a white face instead of a color or symbol, then that characteristic is ignored for the round. For example, if the roll is white (i.e., blank) and red, then players can grab any disc with a red symbol. If both dice show white, then it's a free-for-all, with players grabbing as many discs as possible!

A player can use only one hand to grab discs. If a player accidentally grabs the wrong disc, she must return that disc to the playing area, along with an additional disc as a penalty.

When all the discs have been claimed, the game ends and the player with the most discs wins!