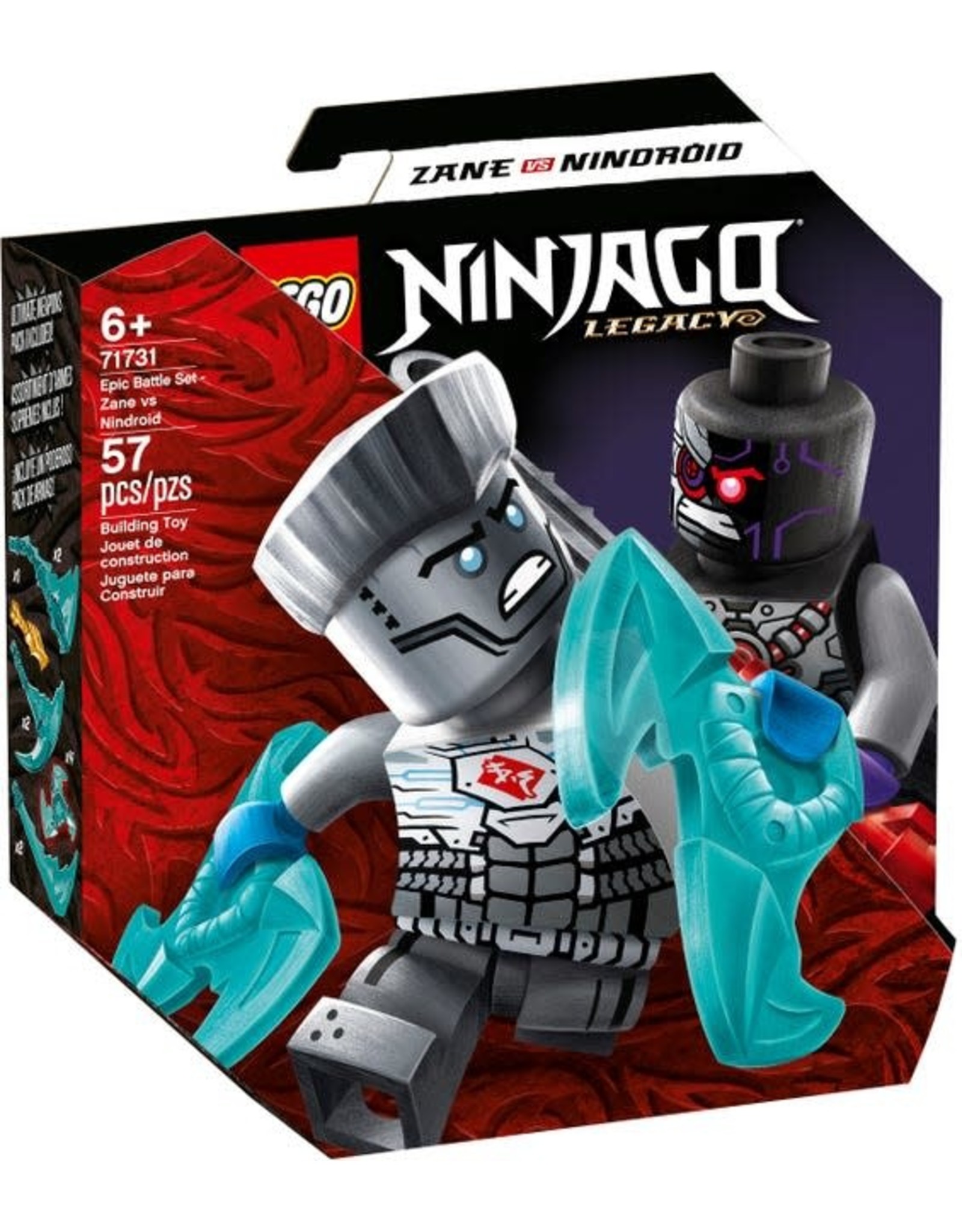 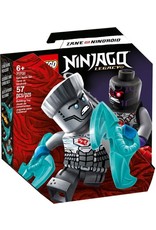 This impressive Epic Battle Set – Zane vs. Nindroid (71731) lets kids create their own thrilling fights between ninja Zane and a Nindroid robot warrior. The high-action playset also features a brick-built Nindroid factory and spinning battle toy for NINJAGO® fans to include in their exciting duels.

The ultimate cool toy for kids
The ninja battle toy features 2 minifigures: a new-for-January-2021 Zane and a Legacy Nindroid warrior from the LEGO NINJAGO TV series. Your little ninja will love spending hours plotting thrilling fights, while the 4 white weapons add another dimension to the action.

The best toy playsets for ninja adventures
LEGO NINJAGO playsets take kids away from their screens to enjoy imaginative adventures in a fantasy world of action. They will love learning valuable life skills and teaming up with their heroes as they play out scenes with a cool collection of ninja toys, including mechs and dragons.