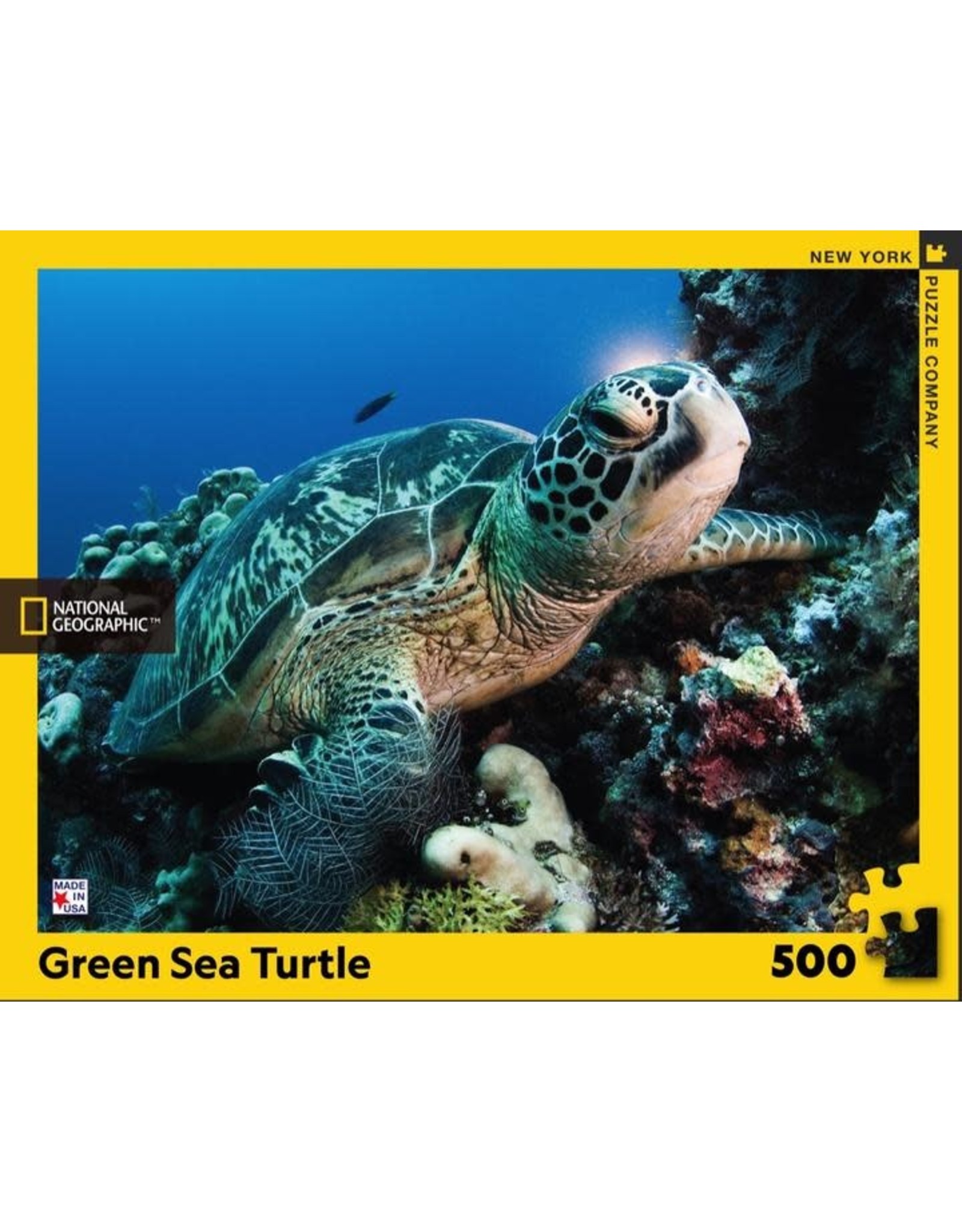 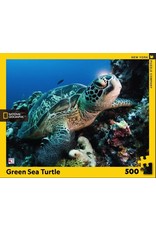 The green sea turtle (Chelonia mydas) inhabits tropical and subtropical coastal waters around the world. It is named not for the color of its shell, which is normally brown or olive depending on its habitat, but rather for the green color of the fat under its shell.

Weighing up to 700 pounds, green sea turtles are among the largest sea turtles in the world. They migrate as much as 1,615 miles (2,600 kilometers) between their feeding grounds and their nesting sites, which are found along the coastlines of more than 80 countries. The largest nesting populations can be found in Costa Rica and Australia.

Unlike most sea turtles, adult green turtles are herbivorous, feeding on sea grasses and algae. Juvenile green turtles, however, will also eat invertebrates like crabs, jellyfish, and sponges.

While most sea turtles warm themselves by swimming close to the surface of shallow waters, some green sea turtles will take to land to bask in the sun. Occasionally seen sunbathing alongside seals and albatrosses, it is one of the few marine turtles known to leave the water other than at nesting times.