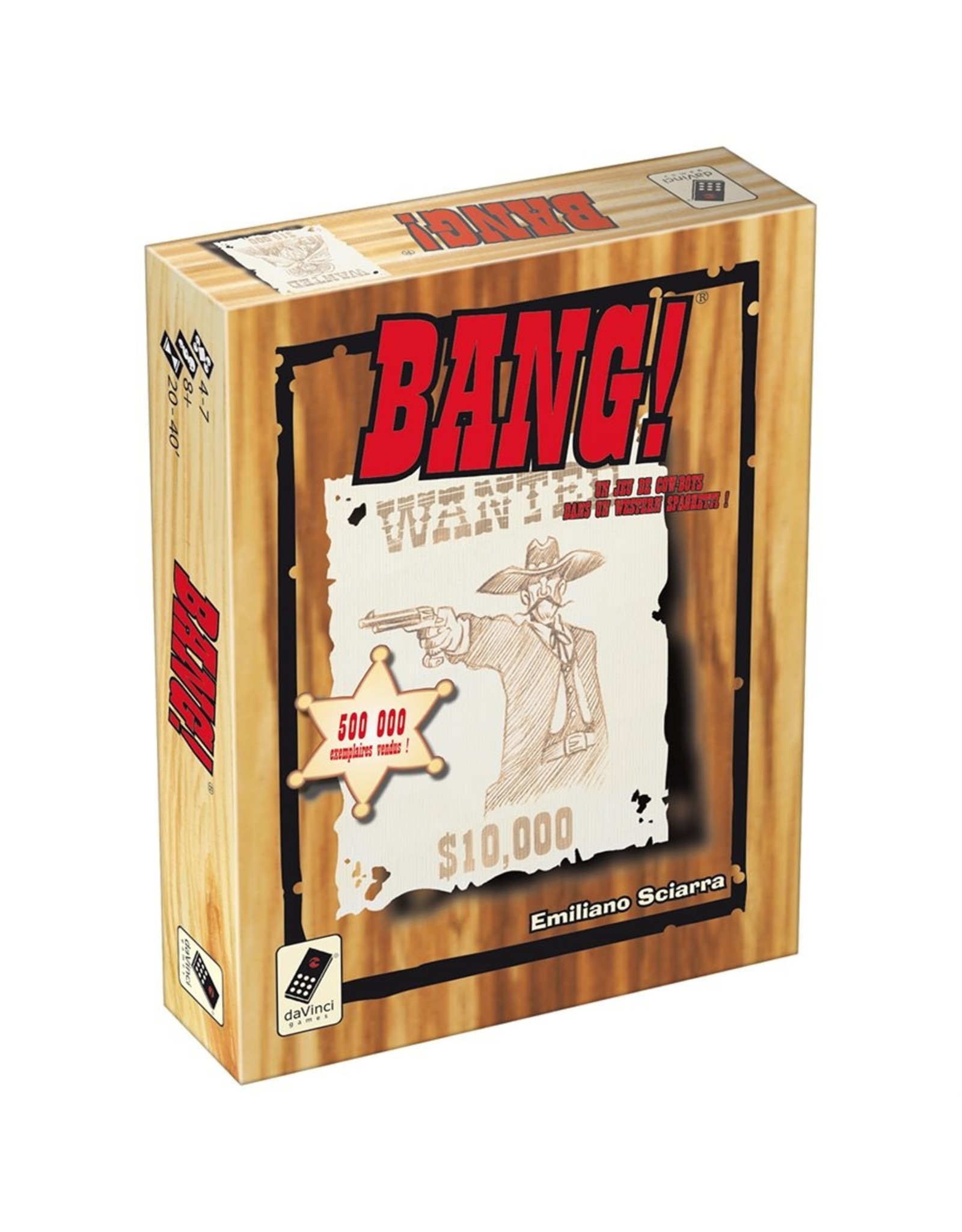 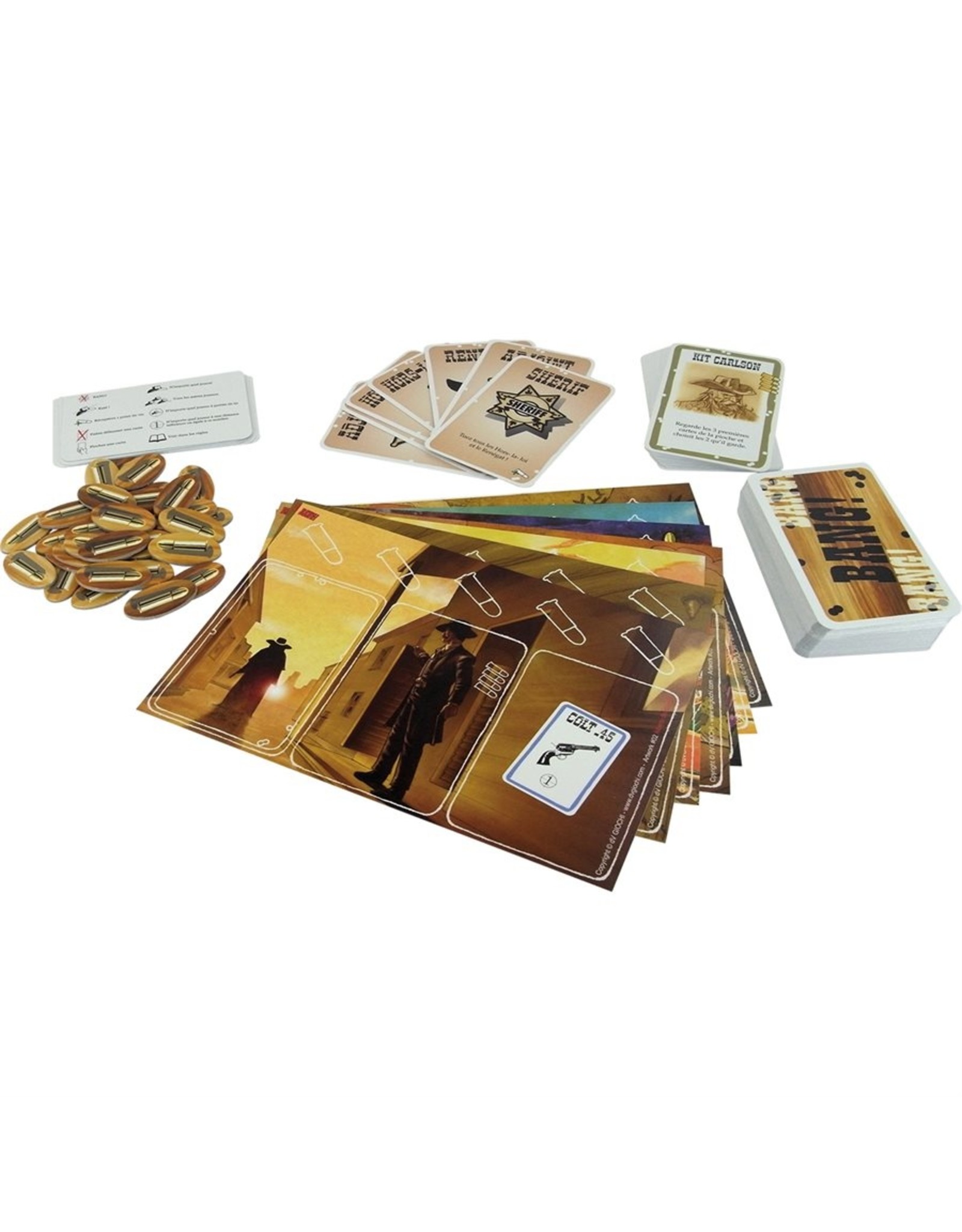 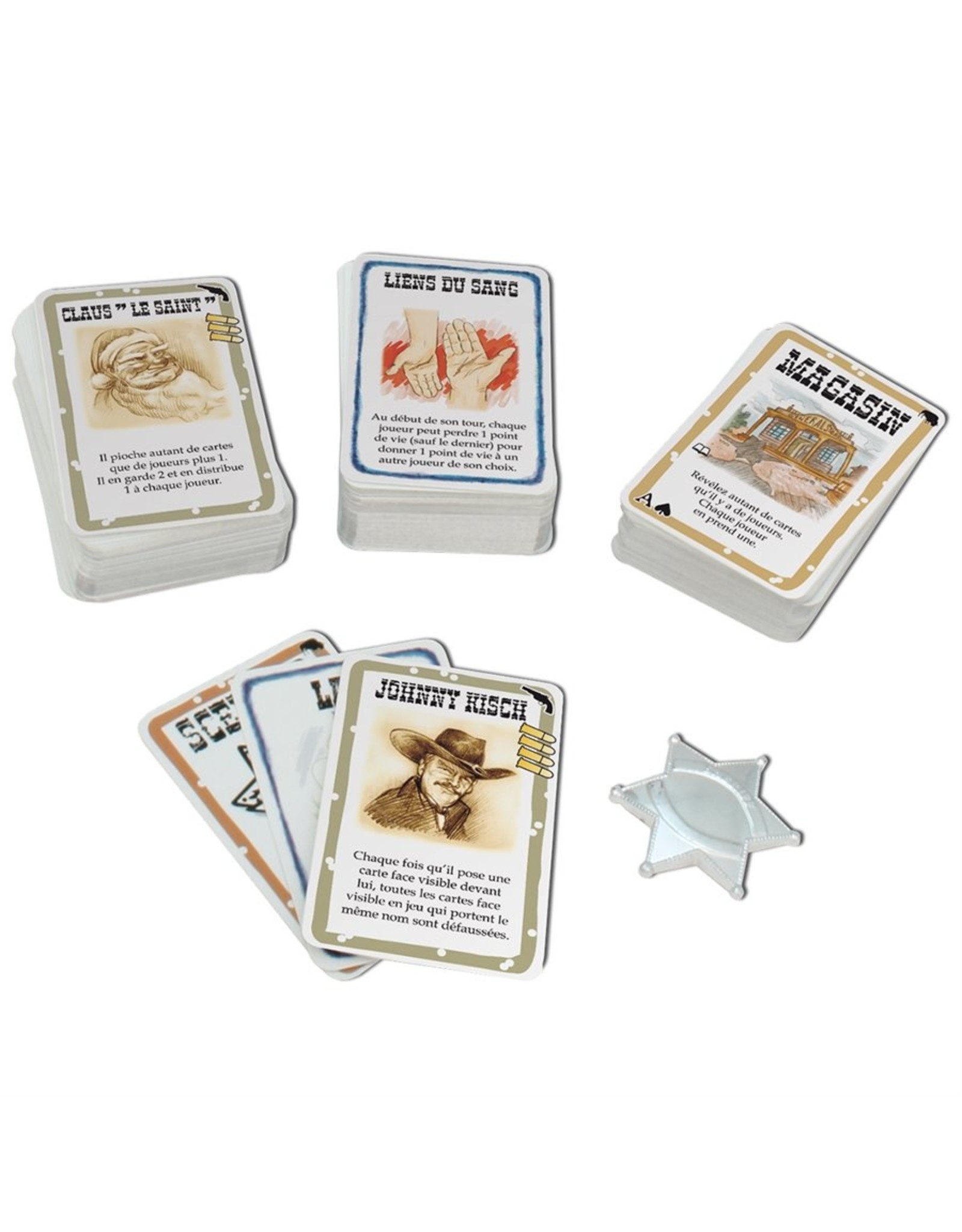 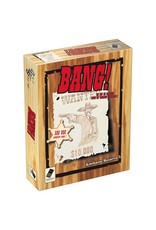 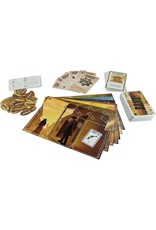 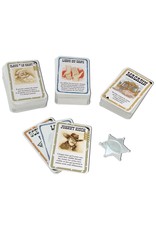 "The Outlaws hunt the Sheriff. The Sheriff hunts the Outlaws. The Renegade plots secretly, ready to take one side or the other. Bullets fly. Who among the gunmen is a Deputy, ready to sacrifice himself for the Sheriff? And who is a merciless Outlaw, willing to kill him? If you want to find out, just draw (your cards)!" (From back of box)

Four different Roles are available, each with a unique victory condition:

A player's role is kept secret, except for the Sheriff. Character cards are placed face up on table, and also track strength (hand limit) in addition to special ability.

There are 22 different types of cards in the draw deck. Most common are the BANG! cards, which let you shoot at another player, assuming the target is within "range" of your current gun. The target player can play a "MISSED!" card to dodge the shot. Other cards can provide temporary boosts while in play (for example, different guns to improve your firing range) and special one-time effects to help you or hinder your opponents (such as Beer to restore health, or Barrels to hide behind during a shootout). A horse is useful for keeping your distance from unruly neighbors, while the Winchester can hit a target at range 5. The Gatling is a deadly exception where range doesn't matter: it can only be used once, but targets all other players at the table!

Information on the cards is displayed using language-independent symbols, and 7 summary/reference cards are included. 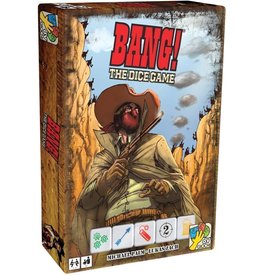