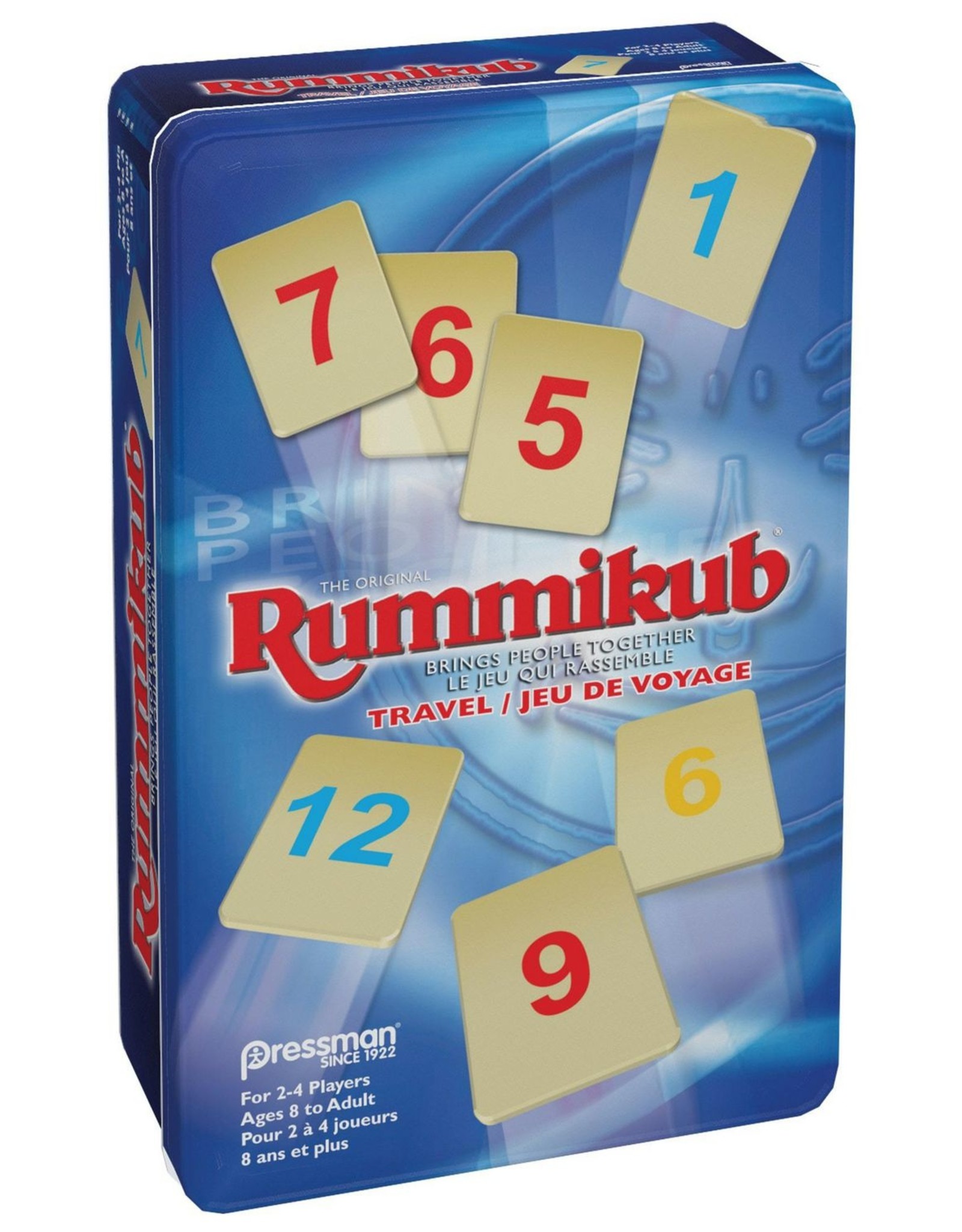 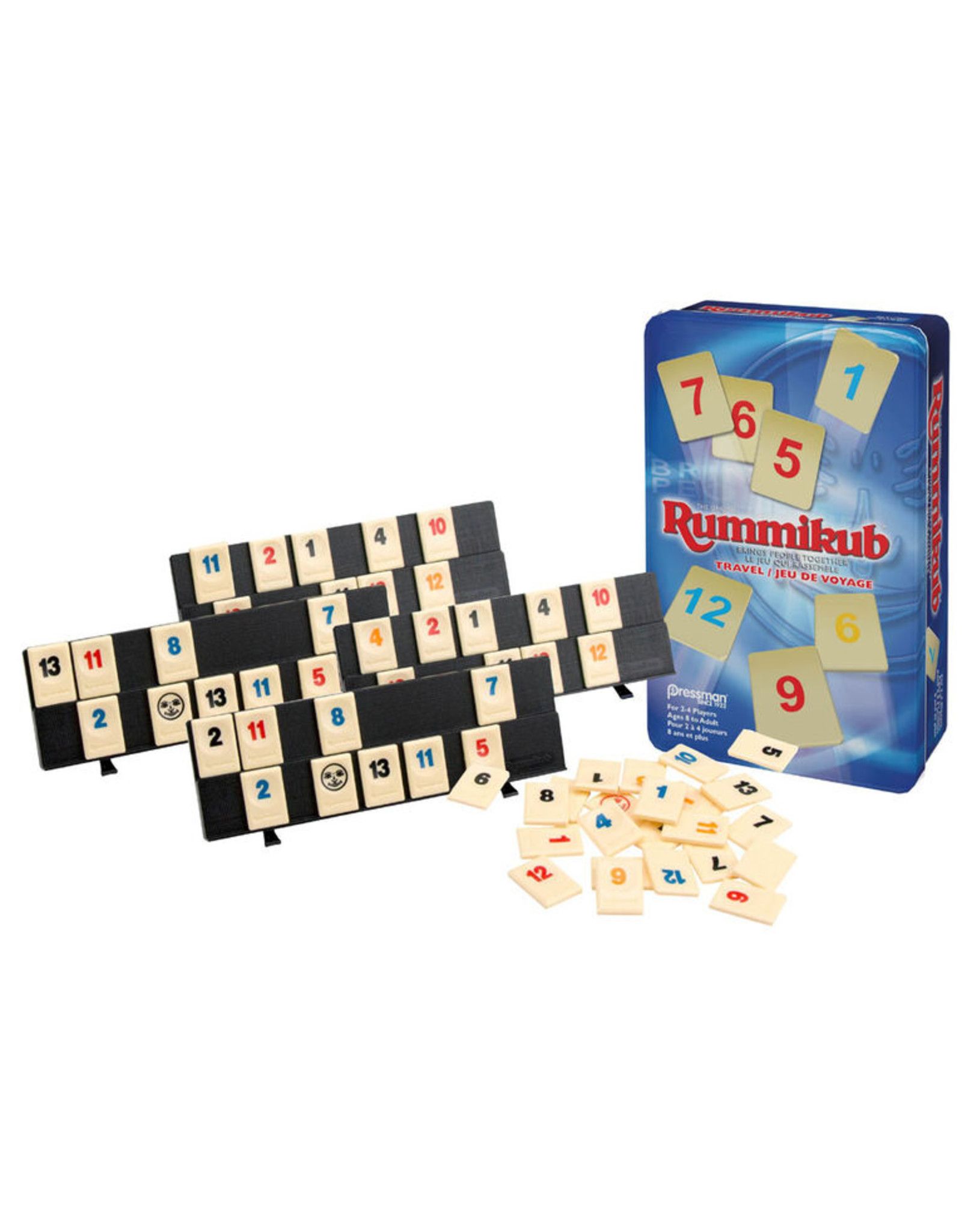 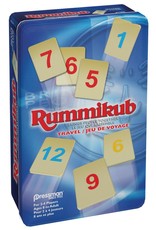 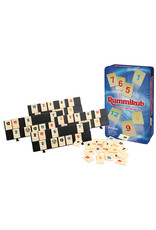 Similar to the card game Rummy, this game challenges players to be the first to play all the tiles on their rack. Tiles are numbers 1-13 (plus Jokers) and the numbers are in 4 different colors. Players make sets by placing at least 3 tiles of the same number or three consecutively numbered tiles of the same color, down on the table. Once a set is played, other players may add to the set or even remove tiles from sets to make new sets (providing they leave at least 3 in the original set). As more tiles are laid down, more moves are possible. If a player cannot, or chooses not to, play a tile on their turn, they draw a new tile from the pool. The first player to play all of their tiles calls “Rummikub” and the other players have to score all the points left on their racks. 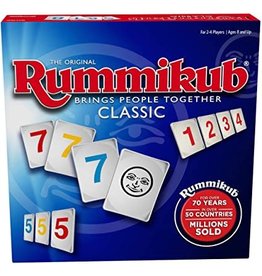 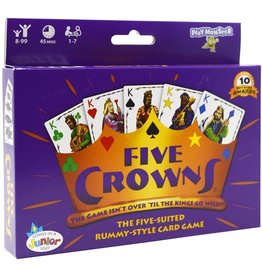 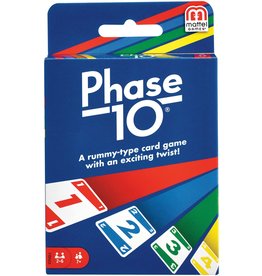